We're using this popup to ask you to join our freelance community. We'll be sending out updates about Never North as well as exclusive resources for our subscribers.

Did we mention we'll send you our Freedom Manifesto PDF?

You wake up everyday, half the time not even knowing what day it is because you know it’s gonna be a good day. There’s no alarm clock to wake you. Nobody telling you where to go or what you need to work on. You are free to create your own schedule and work in your pajamas if that’s your thing.

You know you’re gonna wake up and work on something that excites you and you’ll be inspired by the world around you wherever you may be. Whether you have an adventure exploring a new part of town, spend some quality time with your kids, take a walk in the woods near your house, or find a new coffee shop to work from. You have the creative space you need to do your best work. 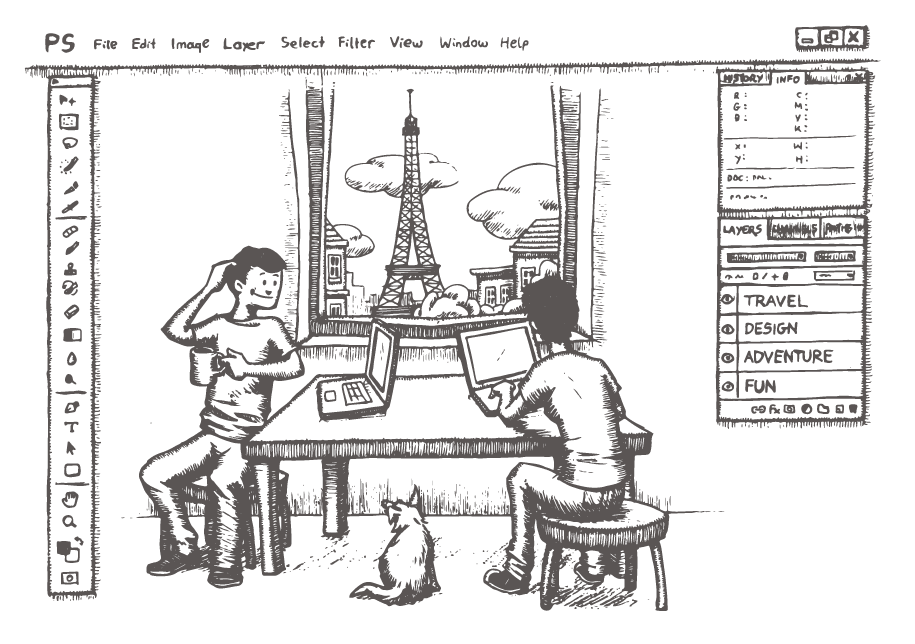 For most of us though, that’s not how it works out when we make the leap into our freelance career. We struggle with crappy clients, the feast and famine cycle, getting paid decent rates for our work, and being respected for our expertise. 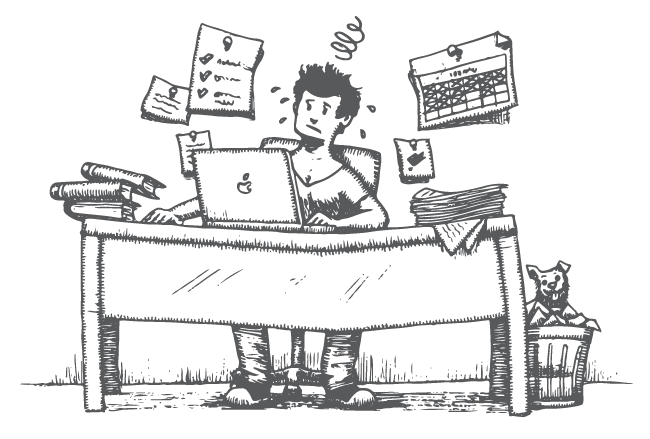 For us, we were able to use freelancing to provide a decent life for ourselves, but it left us creatively frustrated. There was this feeling of untapped potential inside just waiting to be released. We just couldn’t nail that dream client and it was mostly bread and butter work which bored us. While we learned a lot and it funded our adventures, it just wasn’t fulfilling.

Art school never prepped us for the business of design and we were left to fend for ourselves. So we ended up creating a piece of shit for a business since we didn’t know any better. The clients were nightmares mostly, the projects didn’t utilize our potential, and we were pushed around. You know… because it pays the bills. For a while it was cool, but eventually it just gets to you.

Freelancing was supposed to give us freedom, but instead it became a burden and felt like a chore. That’s not really what we envisioned when we stepped out into the freelance world.

That’s when we knew we needed to make a change. Henry and I… we’ll get into our separate stories below if you keep reading, but for now let’s fast forward to today. 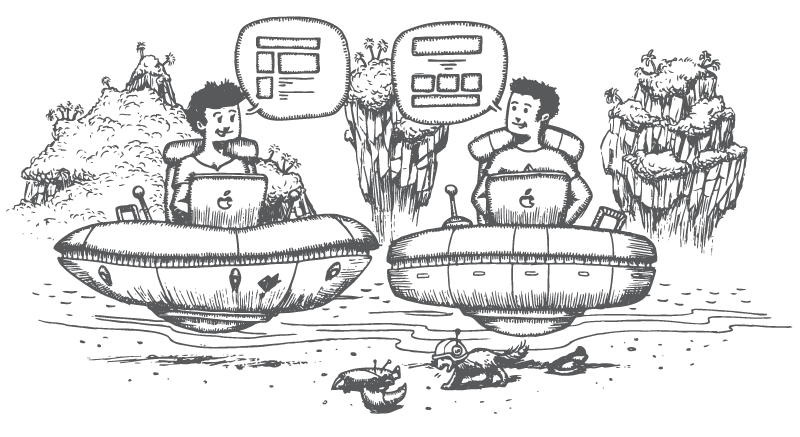 Today we’re writing this about page and getting things ready for a soft launch for Never North and working to help one of our dream clients make more money. When we’re done with our work we’ll head over to the Flow House to get our flow on and meet some people at a digital nomad meet up. 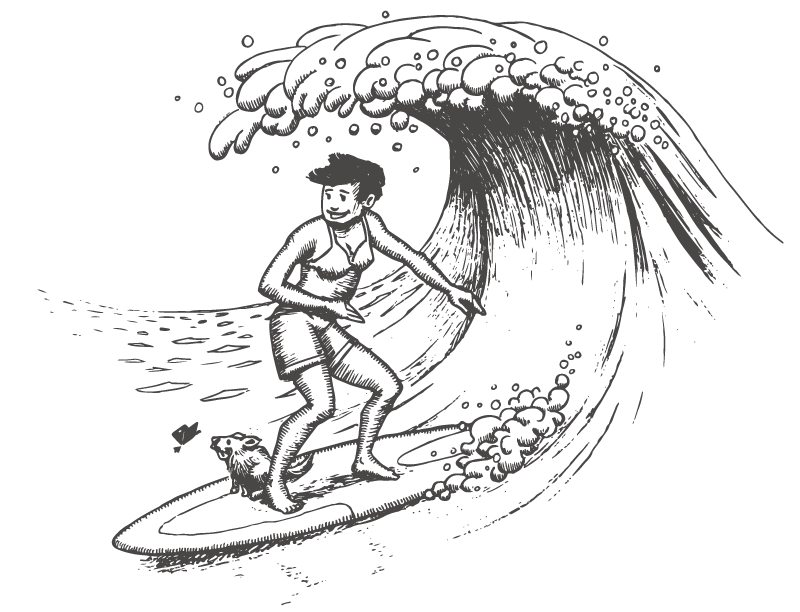 In the last few months we’ve billed one of our dream clients for over $50,000 for our consulting work and charged another over 12k for a website design (which is over 4x our previous rate). If you would have asked us if that was possible a year ago, we would have laughed in your face.

Who would pay us that much money for just user experience design? But it happened. This is our business. This is our life.

While we lived an adventurous life before that we thought that dream clients or getting to work on projects that inspire you was rare.

You had to be especially lucky to get that. Almost as rare as seeing a unicorn in the wild. 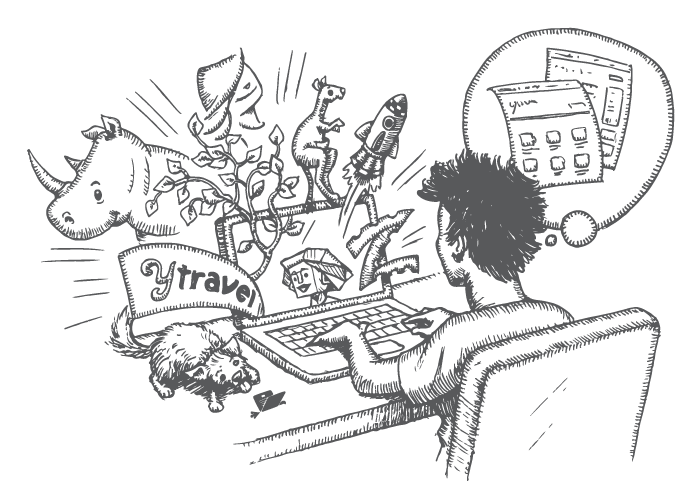 Most freelancers we meet these days have the same mindset we once had and believe that crappy clients and boring work is just part of freelancing.

We’re here to debunk that myth.

We built Never North to not only prove to you that it’s a load of bullshit, but to show you exactly how you can do it too. We believe freedom in freelancing means having a business that works for you, working on projects that excite you, being financially secure, and living life on your terms. Whatever that means to you.

For us, it means traveling the world, working from our laptops, and creating one hell of a story to tell when we’re old and wrinkly. 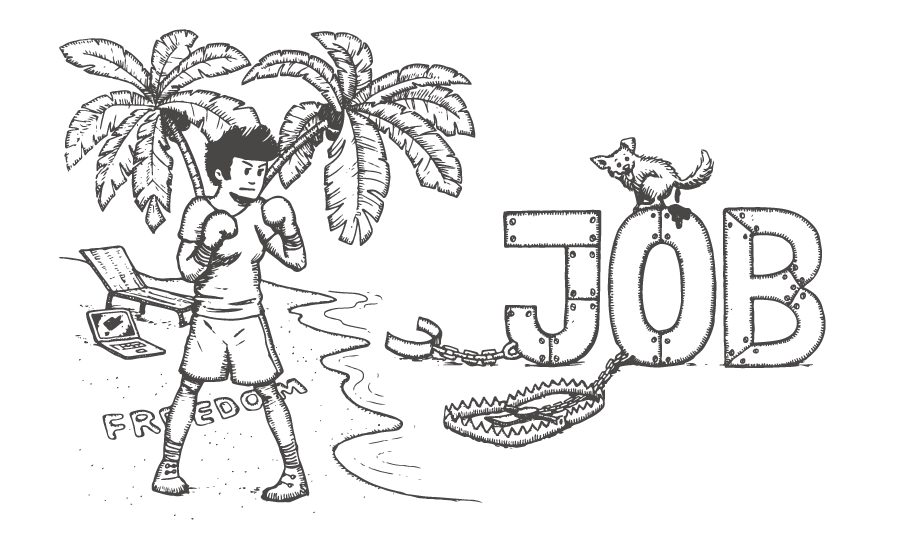 Ultimately, every change in course comes down to a decision. The choice between staying on the path you’re on vs venturing into uncharted territory.

The only wrong move here is to not make a decision at all and watch the days pass you by.

Today I hope you’ll make the decision to join the community at Never North and start your path to freedom. 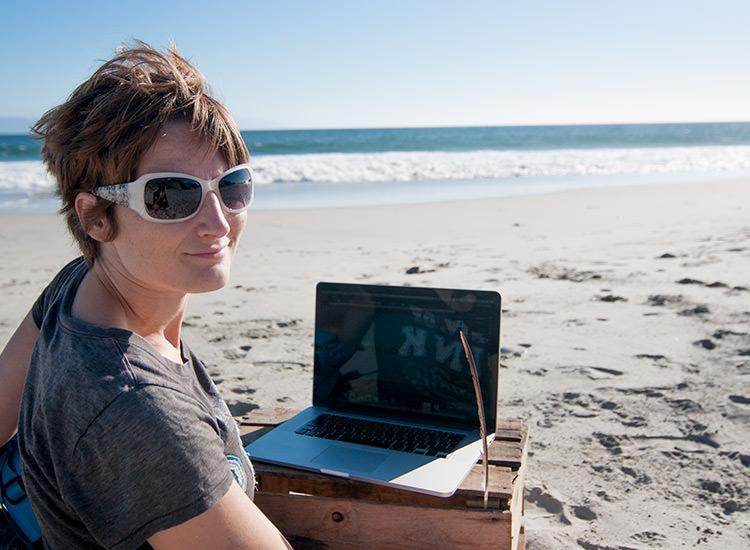 Quinn Zeda started her design business straight out of college against all odds and advice. She’s been going strong for over 13 years and had some epic adventures along the way. She’s volunteered overseas, backpacked South America, road tripped America for a year, raced competitive motocross, and most recently took off to travel full time (29 countries and 4.5 years as of April 2015). This did not come easy or without hardship though. Quinn suffers from medical conditions that severely affect her day-to-day life and ability to work. She qualifies for disability but refuses to accept that fate. She believes we were all dealt a hand of cards in life, but it’s what you do with them that counts.

In the first decade of her freelance career she worked for corporate clients, agencies, and small business owners, but felt her creative soul was dying from the shitty work. She knew she had to unlock the potential inside her. So in 2010, she decided to press reset on her design business and fired all her clients, took everything she learned the first 10 years in business and started over from square one.

This incredible journey inspired the creation of Never North. 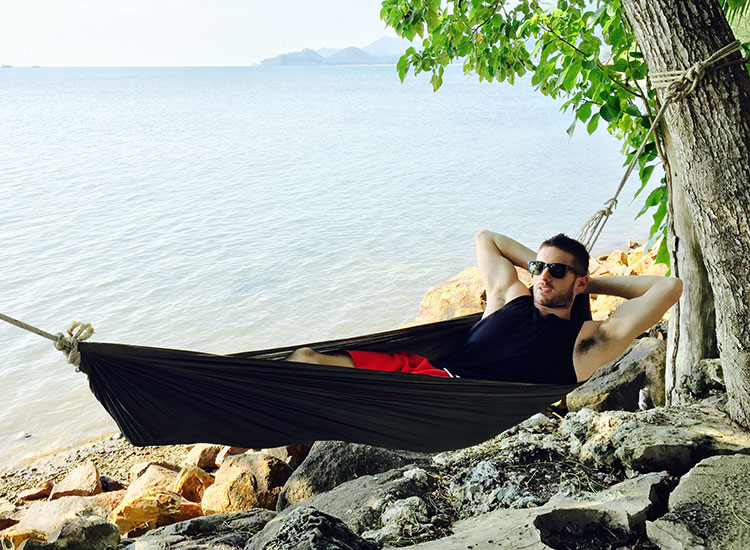 In 2011 Henry was working as a full-time in-house designer for a large company in the UK. He was being paid minimum wage and from that wage 65% was used to pay rent for a tiny room with creatures crawling around at night, plus copious amounts of mould growing on his bedding, clothes and walls. Depressed and unhealthy, his bank balance was negative and so one day he snapped, packed his shit and left everything behind to build a new life and career. He decided never to answer to anyone again… He does only what he wants to do, when he wants to do it and chases the idea of freedom in everything he does.

After leaving home, he managed to triple his income, find freedom and have epic adventures which could never of been imagined. He’s still developing his businesses, travel skills and on the lookout for the next big challenge.